We all know technology changes rapidly and apps are launched every single day. We also know that many of these apps are targeted at our tweens and teenagers, and even those not aimed at them are not always adequately protected to limit our children’s exposure to these apps. Do we fully understand and realise the full consequence of this and what can we do to support our children?

Founder and CEO of FYI play it safe, Rachelle Best, put it to the test: “When we launched FYI play it safe, the app that alerts parents when their children are potentially exposed to harmful situations, I personally tested many of the popular apps. As I have a teenage daughter, I wanted to see what she would be exposed to and what her experience would be like  when using these apps. I was absolutely horrified by what I found access to and the content I was exposed to.”

My testing included a number of the anonymous chat apps and websites, such as Omegle and Anonymous Chat for two. Even though these apps accommodate younger users, time and time again, I was matched with a stranger aged between 18 and 23. A mix of male and female – even though we have no way of knowing whether the personal details of the other person were true.

[Anonymous] what you up to?

[Anonymous] want to have some fun

5th message – the stranger either started with very explicit sexting or tried to jump to another platform like Snapchat or KIK to exchange pictures. Even worse, some of them recommended we continue our chat on “lamourly.fun” – a very explicit pornography site.

On average, it took 5 messages in about 30 seconds. This is just the pornography risk that anyone who engages on anonymous chat apps (including our children) gets exposed to.

In addition, apps that we use every day launch new features to help them stay relevant and compete with other apps.  Whether it is self-destructing messages or a place where you can hide your “private” information. Our children are typically the first to know about these changes, which they then test and use.

Changes to apps or launching new apps aren’t all bad and it enhances our mobile experience, but it makes parenting in the digital world really tough. For parents to keep up with all the new apps our children use and changes to the apps we have already “approved” for their use can be a full time job!

The good news is that, because of the technology FYI play it safe uses, we will know when a new app is launched and we monitor it by default. Also, before a message self-destructs, we would have captured and analysed it already.

FYI play it safe is not a parental control app, but rather an app that gives you insight into what is really going on in your children’s digital lives. It sends parents alerts when their children are exposed to or show signs of cyberbullying, depression, self-harm, suicidal ideation, or when they engage in adult content such as pornography, sexting or drugs.

FYI play it safe is the one app no parent should be without. Download the app at www.fyiplayitsafe.com and follow the easy three-step sign-up process to start your free 7-day trial. 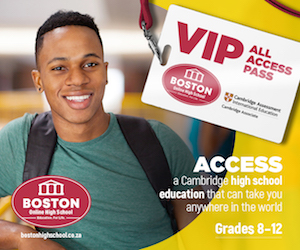