Number sense- the root of mathematics

Number sense essentially refers to a learner’s ability to use numbers in relation to one another, i.e. they can recognise number symbols and relate it to the actual number of objects. There is a common misconception that, if learners can count to a certain number, they are smart and understand numbers. However, the question is whether they know the value of each number?

Nataly, a Grade 3 learner, still uses her fingers to count and has difficulty with some of the easier Maths problems. However,  there are several really difficult problems that she can easily do. How is this possible?

Let’s do a simple test. Look at the arrangement of the dots in each of the blocks: 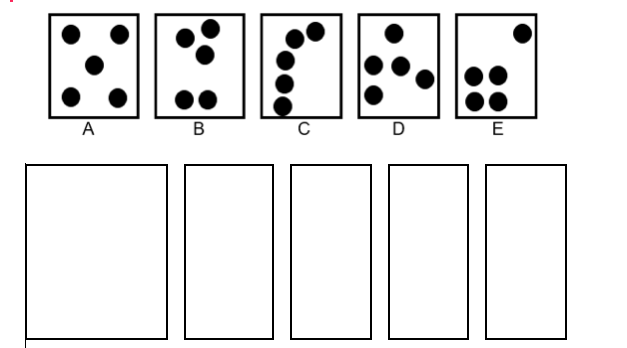 A: This is a familiar arrangement, it is represented on a dice or on playing cards and learners will recognise this arrangement easily.

B: This is a sub-group arrangement. The dots are arranged into sub units and will force the brain to add the three dots to the two dots.

C: This is a linear arrangement. It will most likely prompt counting, however, many people will mentally separate the dots and organise them into groups.

D: This is a random arrangement with no obvious grouping structures. The brain will try to look for a pattern or a way to divide them in order to get meaningful patterns.

E: This is also a sub-group arrangement, like in B, but the difference is that the brain will add the one dot to the other four dots.

Number sense boils down to the value of a number. Learners like Nataly find different ways and detours to do Maths without knowing the basics – they create alternative methods to get to the answers.

Teaching number sense is very basic and forms the foundation of Mathematics.  Here are a few ideas on how to stimulate number sense:

It is very important to ensure that number sense is engraved in a learner’s brain before moving on to more difficult Mathematical problems. Additionally, d an enriched learning environment that enhances the development of number sense can be craeted by means of a variety of wall charts and number games.